Memorial Day is a United States federal holiday which is observed on the last Monday of May, and honors U.S. men and women who died while in the military service. Also, Memorial Day had its origin after the War Between the States had ended, and was first named “Decoration Day.”

As a young girl in high school I played in the band and on Memorial Day we would go to the town cemetery and participate in a patriotic ceremony.  Flags were placed on the graves of those who served in the military, and flowers on the graves of loved ones.  Other than that I don't have many memories of Decoration/Memorial day as a young person.
. 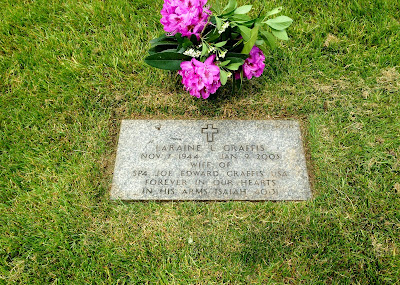