I love to smile and I love to laugh.  Sure, I have tears sometimes, but they soon pass and the the joy returns. Many years ago in my darkest valley, My sister who, herself, was working through the loss of her beloved husband came to visit and we went for a walk. I was pouring out my heart to her when she suddenly stopped and said something like this. "Betty, stop! you can't even hear the birds singing"  She was so right. I was so wrapped up in my own pain I couldn't see or hear the pain (or the joy) of those around me. That conversation changed my outlook on life. Now when I am sad, first I ask the Lord to change my sadness in to joy then I start looking for the good in whatever the bad is.  If you look hard and long enough you can find something positive about the situation. I guess I'm just a "Pollyanna" at heart.  So when I saw this video this morning on my Facebook page, I just knew I had to share it with my blogger friends. So click on the link below, enlarge to full screen and enjoy .


Last night, we received a phone call from North Dakota informing us of the death of a friend Joe has known since childhood. A few days before that we received a phone call telling us one of our RV friends we met on our honeymoon in Soap Lake, Washington had died. Joe and I talked about this, acknowledging the older we get the more of these phone calls we are going to get.  So how do we smile about phone calls like that??  You don't. You shed tears, then try to remember all the wonderful times you had with these friends and family members. Then you find others that  are hurting .......and try doing random acts of kindness to them.  You both will smile.

The Northwest Washington Fair and A Trip To Mt. Baker

Now this cow has a soft pillow, wouldn't you say? 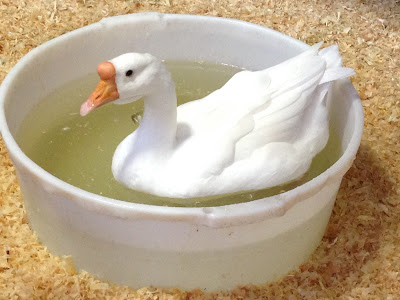 This goose just tickled me with her attitude. She wasn't about to let ANY of her friends share that pail of water. 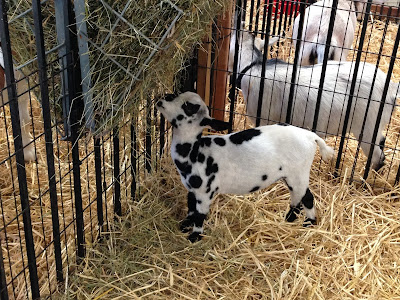 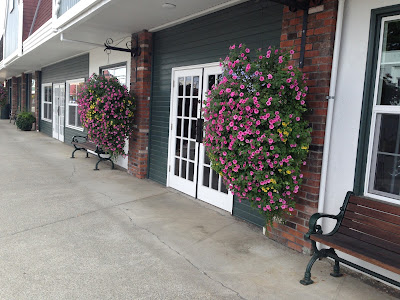 New Friends and A Beautiful Sunset

I am a member of a group on Face Book called Thousand Trails - Good and Bad. A couple of days ago, I posted that we would be coming into TT Birch Bay on Monday and a Mr. Moody also a member of the group said they would be coming in on Tuesday.  This morning, Joe was pitching horseshoes. (the horse shoe pits are fairly close to the welcome center) and we noticed a very nice Lazy Daze RV checking in. As the driver was getting into his rig, Joe commented to him how much he liked the RV. Low and be hold, we get back to our rig later and this Lazy Daze is parked right across from us. Later, Joe was outside doing was he does best, cleaning on our rig and  I was busy on the computer and Joe asked me to come outside. He had four chairs set up and two of them were occupied by this very nice couple!! Jim and Denice Moody!  The very one who casually commented  on FB they would be coming in today. Neither of us had a clue who the other was when they parked their RV across from us.  We had such an enjoyable time visiting with them, finding out we had a lot in common too.  We are looking forward to meeting up with them again this winter in California. 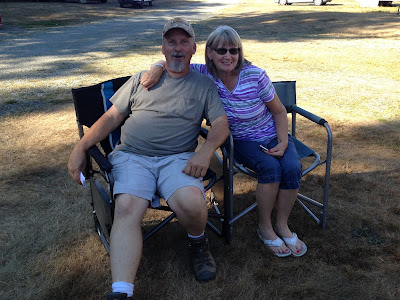 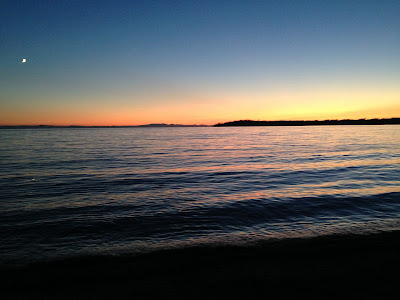 The Grande Finale To a Beautiful Celebration Week

Our week was full of fun, laughter, smiles, and giggles but Saturday it turned to tears of joy.........
Saturday we were invited to join Rob and his girlfriend Gloria for a BBQ at her parents home in Olympia to meet them. Rob was the chef, and served us BBQ Salmon and BBQ ribs, baked beans and potato salad and surprised us with a cake that was inscribed with Happy Birthday Joe and Betty.  We had a great time visiting with her parents and grandma.  Then they asked us to follow them to Sumner, Washington, but wouldn't tell us why. We pulled into a parking lot across from a building that looked like a church.
Both sets of parents were pretty quiet as we followed Rob and Gloria into this building.  We were greeted at the door by a lovely lady named Jeannie who told us the history of the building as we stood in the spacious room with beautiful paintings on the wall and ceiling.  When she was finished she asked us what we thought of it and we all oooo'd and awed and told her how nice we thought it was.  Then with a big grin on his face, Rob (with Gloria by his side smiling that infectious smile of hers) told us we could come back on September 10, of next year for their wedding in this very spot.  From there, she took us on a tour  of the rest of the building.  I would suggest you enlarge your screen, turn up the Sound and enjoy the rest of the tour as we did.
WinsomeGrace

When the tour was finished we were back where we started, Rob put his hand in his pocket, pulled out a pretty royal blue box, turned to Gloria and said he thought this would be a great time to put this on her finger.....  She couldn't figure out how he could surprise her like that.  She knew it was coming but didn't know when. 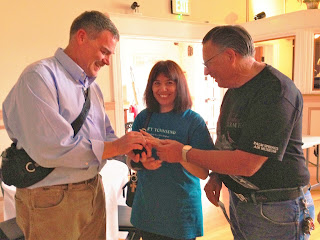 The size was right but her finger was a little swollen so he had a time getting it over her knuckle. That's when dad stepped in and steadied the hand so Rob could give it a little push.  Does Joe look like a happy dad?  At that point, Rob looked at him and said "your the best man" . You see what makes that so special to Joe, was Rob was his best man at our wedding. 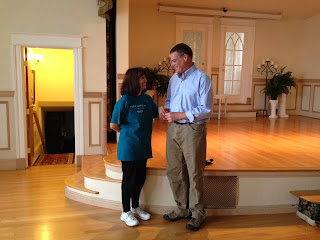 Because this was such a Surprise to the parents, we didn't come prepared to take pictures. I had the presence of mind to grab my iPhone and take the one above, but because this was a first for Jeannie, having someone receiving her ring in their event center, she asked if I'd take a couple more and send them to her. So the happy couple gladly re enacted the presentation for her and then we took a couple of them with both sets of parents. 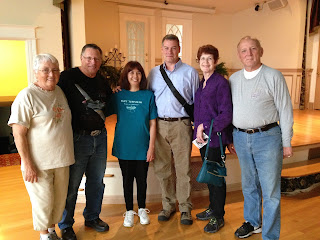 Joe's Birthday choice was to take the back roads to Silver Falls State Park near Silverton Oregon. 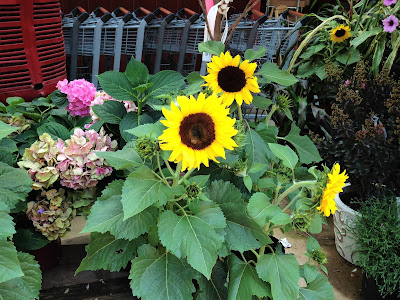 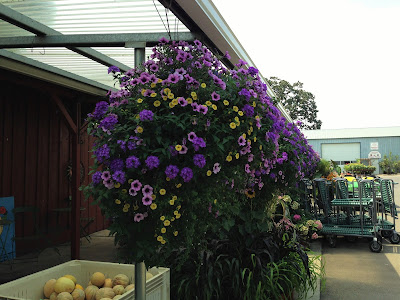 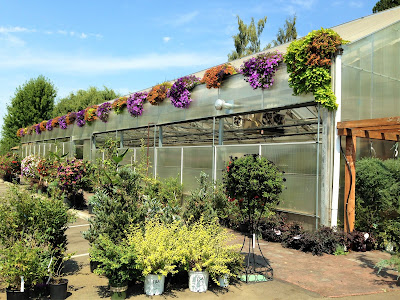 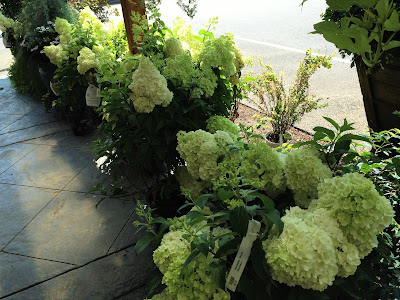